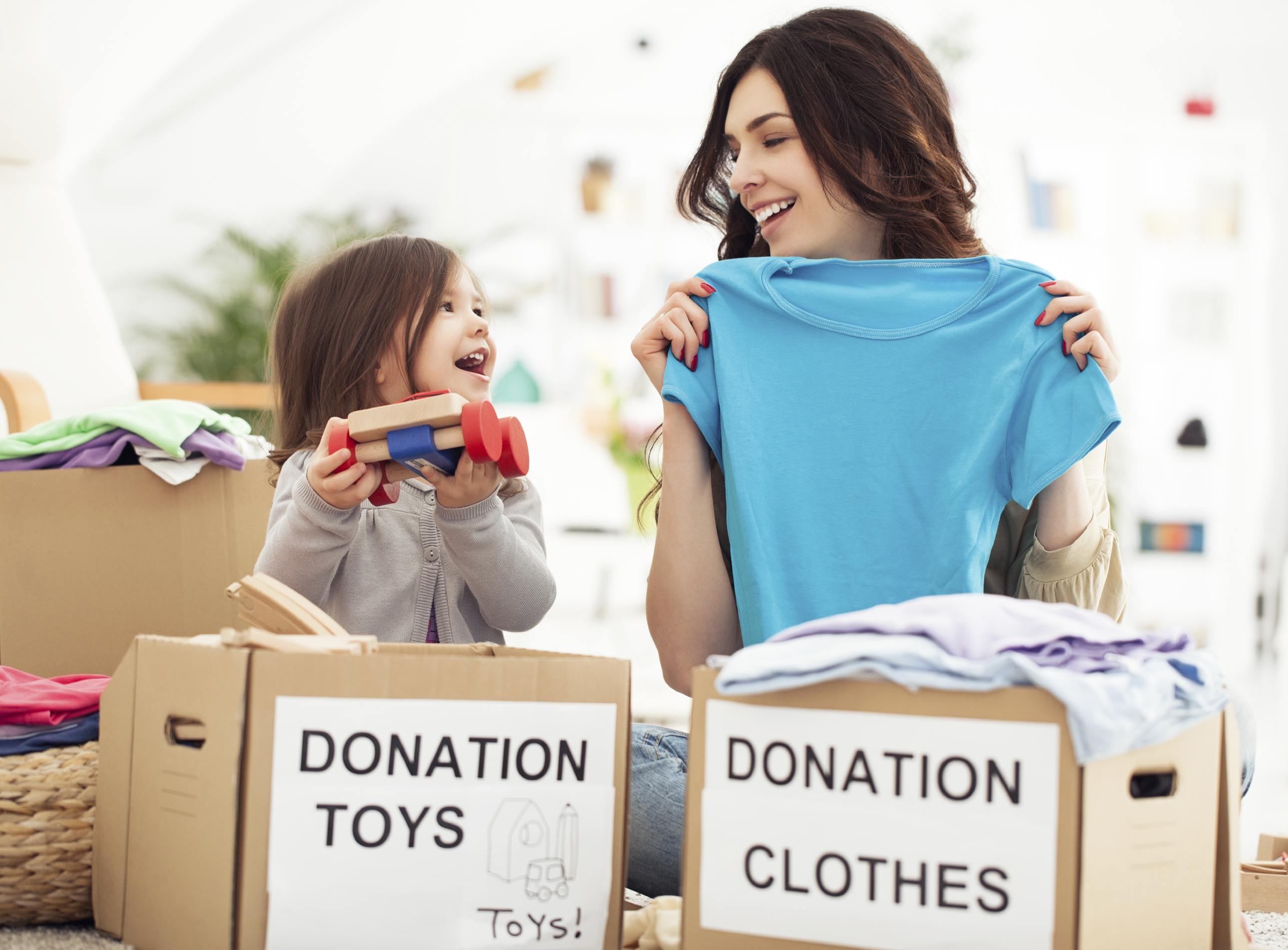 If you’re like most parents, chances are you’ve got a pile of used stuffed animals taking up space in your home. Even if your child has long outgrown stuffed teddy bears or a prized cuddly friend, the idea of throwing once-treasured toys in the trash can feel unfathomable.

The million-dollar question then becomes: What to do with old stuffed animals? Donating them is a win-win answer. Unfortunately, many parents don’t know how to go about doing so.

With two young kids of my own, I typically do a closet/room cleanout every three months or so. This is where clothes are handed down from big sister to little sister—and little one’s outgrown clothes are set aside for donation. But my decluttering frenzy also extends to toys, which can be far trickier. (Tip: Take on this task when your children aren’t home. Otherwise, they’ll talk you into keeping everything!)

Before you clear out the clutter, read up on these helpful tips for donating your kiddo’s used stuffed animals.

My little one’s preschool is always itching for new goodies. And, as the saying goes, one man’s trash is another man’s treasure. I’ve donated loads of old toys and used stuff animals to the younger classes over the years, and it’s always been greatly appreciated. Before dumping it in the trash can, checkout local daycare facilities, schools and after-care programs like the YMCA. A surprising number will take them off your hands.

Look into donating stuffed animals to a nearby Goodwill or Salvation Army center. I’ve donated everything from clothes to shoes to toys to our local chapters. In many cases, you can also deduct these donations on your taxes.

If you’re mulling over what to do with old stuffed animals, don’t be so quick to dismiss the idea of re-gifting. It goes without saying that worn-out teddies that have seen better days don’t qualify; but gently used stuffed animals that are in decent shape make great little gift fillers. Consider throwing one into a holiday or birthday gift bag along with the main present as a little something extra. Alternatively, you can organize a stuffed animal trade-off night with some friends. Get together and swap out one toy for another —your kids will thank you when you come home with a basket of “new” toys!

4) Give Them to a Relief Organization

All it takes is turning on the local news to see that plenty of children are affected by catastrophes. From natural disasters to the recent refugee crisis, there are little ones all over who need our help. In addition to the obvious things like funds, food and water, stuffed animals also make for worthwhile donations. Displaced children or those who’ve been through a tragedy of some kind would likely appreciate something to cuddle.

5) Hand Them Down to your Pets

My miniature Dachshund was always a sucker for stuffed animals, especially when she was a puppy. Before chucking out ones your kids have outgrown, consider handing them down to your family pet. Just be sure to check for buttons, plastic pieces, or other accessories that could be hazardous to your furry pal.

If you’re a crafty do-it-yourself type, you might want to consider repurposing those old stuffed animals. A quick Pinterest search reveals tons of related DIY projects. This includes transforming an old teddy into a kid’s backpack. You can even create your own Easter baskets. Apartment Therapy also has no shortage of creative home decor projects you can whip up out of unused stuffed animals. The possibilities are endless.

The Benefits of Giving

Instilling generosity in our children is one of the most powerful things we can do as parents. And modeling this goes a lot farther than simply talking about it. It’s also something that comes naturally to kids. In fact, experts say that children have an innate desire to help others and show compassion. Why not nurture this impulse through active charitable giving?

When asking yourself what to do with old stuffed animals, look at it as an opportunity to make a difference in another child’s life. Make your own child part of the process by having them actively participate in the donation.

On the other side of the spectrum, children receiving a much-needed donation will benefit as well. Stuffed animals can help kids (especially infants) cope with difficult emotions. They also encourage self-soothing behavior and have even been shown to relieve trauma for kids who have been exposed to terror or war.

And the benefits don’t stop there. Experts say that playing with stuffed animals helps support the development of speech and language, as well as social skills. At the same time, they encourage empathy and compassion.

What will you be doing with your used stuffed animals?